The History of the Weimaraner

Whilst the Weimaraner's origins are mostly undocumented, the pedigree of the Weimaraner is believed to have been first recorded around the mid to late 19th century. We can also then determine that this is precisely when Weimaraners became 100% purebred, although it is suspected that they have been 'pure' for much longer.

The Weimaraner was created in Germany, to meet the needs of the 19th century forester. The breed began it's life as a hound-like, hunting, tracking breed that was aggressive towards predators. Initially bred to bring down large game, when this became scarce in Germany, Weimaraners were then selected to seek out and retrieve smaller, furred game and birds; both on land and in water.

By the time the Weimaraner was recognised as its own breed, it had developed a range of qualities which made it the ultimate “hunter’s companion”. The Weimaraner can search for, and retrieve birds and small game in varying terrains, working at an industrious pace, in a thorough manner. They have a love of water and an ability to swim tirelessly while searching with fierce determination. Their keen nose and natural tracking ability allows them to track and find wounded and feathered game with ease. They have an easy trainability with an open-ended intelligence and problem-solving aptitude, and they are incredibly protective, but never vicious.

The Weimaraner is set apart from other breeds due to the wide and varying tasks it is asked to perform. Such a dog shares every part of its master’s life. Subsequently, the Forester’s Dog developed an incredibly strong bond with humans, and an intense need for human companionship. A Weimaraner who worked in close partnership, looked to the handler for leadership, and responded willingly to directions. Thus the Weimaraner temperament became a unique blend of tough aggressiveness in the face of danger and softness or sensitivity in training situations, relying on guidance from his master. Sporting writers of the 1880s commented that it was an accepted rule to treat the Weimaraner lovingly, and to speak softly as often as possible, never beating the dog for failure.

Germany, seeing the Weimaraner as an incredibly versatile and therefore valuable breed, limited its ownership to gentry. It was not until 1929 that Weimaraners were exported out of Germany into America, whereby the breed became more popular and easier to obtain by hunters, eventually gaining popularity as a family pet. Slowly, ownership of the Weimaraner has spread throughout the world.

While ownership of the Weimaraner is steadily growing in many countries, many note that the qualities so highly desired by the Germans have been so well established that they are still typical of Weimaraners today, even after generations of non-selective breeding. This can be both an attribute to be applauded, as well as a detriment to the breed. For the hunter, the most important difference between the Weimaraner and the other versatile hunting breeds is that the Forester’s Dog cannot be kept in a backyard kennel between hunting seasons. It requires human companionship because hunting is only one facet of its total partnership with humans. The Pointer hunts because birds are the most important thing in its life; the Weimaraner hunts because hunting is a most wonderful activity that can be shared with the people it loves. For the pet owner, insufficient research of the needs of the Weimaraner, and its inherent traits, can lead to many Weimaraners being poorly treated, dumped or re-homed. Even today, The German Weimaraner Club continues to limit ownership of the Weimaraner to those in the Club. Club members must have hunting licences and be willing to work the Weimaraner in order to ensure the continuity of the traits that were so sought after when the breed was developed.

The Weimaraner’s history remains important for owners today. Without knowledge of how and why the breed was developed, we can neither be prepared for the challenges nor the companionship and loyalty we receive when sharing our lives with a Weimaraner. 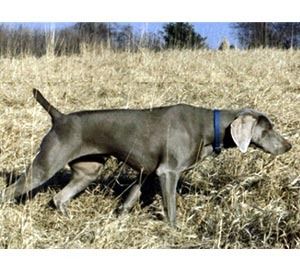 Is the Weimaraner Right for you?